Shelley qualified in Scotland in 1991. She moved to the South East of England, where she started her career in obstetrics and gynaecology (but found it too scary!). Shelley then trained as a GP, but missed the acute hospital environment and so moved back to paediatrics, joining the London training rotation. She did the majority of her paediatric training in East London (Queen Elizabeth Children’s Hospital and St Barts).

Shelley then specialised in neonatology, working at the Homerton, Royal London and Guys & St Thomas’ Hospitals and other busy level three centres around the south east of England. She has been working as a Consultant Neonatologist since 2003, settling in East Kent Hospitals NHS University Foundation Trust in 2005.

Shelley has vast experience in neonatal transport (service and documentation development, air and land transport medicine) and has been a STABLE programme instructor since 2003. She has a real passion for education and has devised the infamous oscillation dance to ensure that delegates never forget the principles of HFOV! It will make you smile. 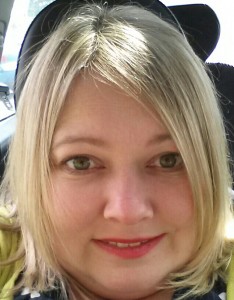 Melanie qualified as a Registered Children’s Nurse in 1995 and following this embarked on her career in neonatal care, securing a post in a level 2 SCBU. She then moved to a busy level 3 NICU in 1996, undertaking the intensive care training course in 1997.

Melanie became a clinical nurse educator at Guy’s & St Thomas’ Hospitals in 2003, where she gained valuable skills in caring for babies with cardiac, renal and metabolic problems and also undertook the Enhanced Neonatal Nurse Practitioner training programme. She became a STABLE instructor in 2003.

Melanie worked as part of the Neonatal Transport working group for London, Kent, Surrey & Sussex, assisting with new service development. She spent a short time at Southampton General Hospital gaining some valuable neonatal surgical experience, before settling back ‘home’ in East Kent in 2005 as a Senior Sister. She currently has special interest in neonatal ventilation, neurological care and is the lead nurse for palliative and bereavement care. Melanie plans to embark on the MSc in Neonatal Medicine next year.

Melanie and Shelley are grateful to all of the guest lecturers and companies who contribute to this programme alongside them.